4 Android 6.0 Marshmallow tricks to show to your friends

Android recently unveiled their newest operating system, Android 6.0 Marshmallow. It doesn’t entirely overhaul the system, but it does bring some exciting new improvements for Android users to enjoy. Like every new operating system, it takes some getting used to, but knowing some of the tricks help to facilitate the process.

While Android Marshmallow was announced in the spring, it wasn’t until a few weeks ago that it was first released to users. And while there are plenty of small changes, the basic aspects that users have become accustomed to over the years haven’t changed much.

“Android Marshmallow isn’t an all-out overhaul of everything you thought you knew about Android,” said expert Kris Carlon. “No, Android 6.0 is a refinement and extension of the core features and functionality introduced in Android Lollipop.” With that being said, there are a number of minor changes and additions that users will be delighted with.

Want to show everyone that you’re an Android Marshmallow expert? Check out these simple tricks and tips:

In the grand scheme of things, Android’s OS is still the same. The major components remain untouched and you won’t suddenly lose your ability to control your devices after updating. However, there are a number of new features worth understanding if you want to get the most out of your devices. Keep the aforementioned tricks in mind and you’re well on your way to becoming an Android Marshmallow expert. 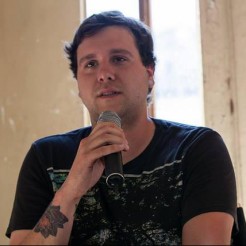 Drew Hendricks is an SEO and Social Media specialist living in Seattle, Washington. Drew writes words that people enjoy reading every moment they are awake.