Only Google can judge me

A digital lifetime ago, the late Tupac pronounced his independence from peer criticism by conceding judgment to only his higher power.  I’ll contend that if Tupac were around today, he’d acknowledge the prominence of SEO and include Google in a 2012 remix of “Only God Can Judge Me.”

As the latest version of Libertarianism spreads, authorities in many forms have been reduced: changing marriage rights through new legislation; access to football teams outside geographic markets with the NFL package on cable.  Radical times for sure.

Yet nobody dare challenge the influence of Google on the success of one’s business.  Web traffic is key and Google acts as the supreme gatekeeper.  When it comes to SEO, it’s always better to appease than oppose the sultan of search.  Adapting to, never bypassing Google’s ever-changing standards is the only path to page one.

Today, maintaining a business means embracing the hypercritical nature of SEO.  It’s guaranteed that your website and web activity is regularly surveyed and analyzed by Google’s savvy algorithm given the heavy Panda and Penguin updates that mercilessly stripped sites of their rankings.  Obtaining a high organic standing is simply an indicator of a company’s tolerance level for judgment and utter committal to the SEO deity we named Google.

Should we fear the mighty SEO gods? Nay.

In fact, we should always be conscious of how search engines will recognize our web content. Content is king and, therefore, any disregard – blatant or unintentional – of Google’s authority is really just a surrender of new business and will suffer the wrath of SEO updates.

I’m sticking to my guess that if Tupac could see what it takes to sell records today, he’d put his defiant arrogance aside and indulge the SEO gods in any way possible. 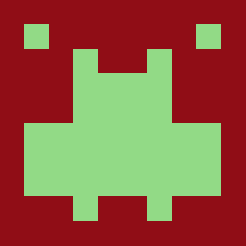 After obtaining an MBA in Marketing and Management from Stony Brook University, Alex affixed himself to one of the most prominent names in Long Island advertising, Greenstone Marketing, where he honed his crafts in various marketing disciplines including copywriting, branding and account management. Alex's second spell of good fortune came with his recent collaboration with Fishbat Digital Marketing, Long Island's largest online marketing agency. He's now immersed himself in the expanding fields of social media, SEO and web development.