Recently two Silicon Valley giants made big investments in their future. But while HP’s purchase of Palm got all the headlines and page views, Apple’s acquisition of Siri, an iPhone “personal assistant”, is the real story.

After pioneering the PDA market with fantastic products like the Pilot, Palm allowed itself to be lapped first by Handspring, a company formed by former Palm employees, and then by practically everyone else. RIM outpaced them on smartphones, then Apple revolutionized the entire industry with the iPhone. The Palm Pre was a decent enough phone, but the writing was already on the wall.

So what does a company of HP’s size and stature want with Palm? The obvious answer is to compete in the mobile space which is THE growth area for the next decade. The Palm purchase gives HP access to extensive patents, a well-designed, open smartphone OS, and a recognized (if somewhat tarnished) brand name. Given that HP has been working on a slate/tablet/”iPad killer” for at least three years, the Palm buyout was almost an inevitability. HP also gains the ability to implement Palm technology across a broad range of devices, potentially becoming a competitor to Apple’s ecosystem.

Apple’s newest $200 million toy, on the other hand, comes as a bit of a surprise. Siri is a voice-powered personal assistant app. You tell your iPhone “find out where Iron Man 2 is playing near me” using text or speech, and it does just that. It’s a deceptively simple app with profound implications for interaction, mobile computing and artificial intelligence, in some ways the fulfillment of Apple’s “Knowledge Navigator” video from decades ago.

And that’s the key difference between HP and Apple. While HP plays catchup, Apple is already thinking several moves ahead of the entire industry. HP may be able to turn its $1.2 billion expenditure into a thriving ecosystem of products, but unless they also implement an easy way to feed those products with content, they’re sunk. Apple’s competitors continue to trot out iPod, iPhone and iPad “killers”, but they never seem to clue into the convenience of iTunes as the hidden key to Apple’s success. Really, buying or building comparable hardware to Apple’s offerings is the easy part.

But beyond content, Apple’s main drive has always been to remove the many layers of difficulty between the machine and the user, going back as far as the original Macintosh 128k in 1984. The iPad is merely the latest iteration of a series of devices that make interaction as effortless and natural as humanly possible.What could be more human than speaking to someone, and having them act on what you’ve said?

Like most Apple products and acquisitions, Siri will at first make little impact on the company’s products. Only once the underlying technology of the app has been integrated into the iPhone and OS X will we see real changes in the way we interact with our devices, but by then it will be too late for HP and other hardware vendors looking to beat Apple. They’ll have to compete not only on hardware but with intuitive interfaces, voice recognition, and search. Only a behemoth like Google is capable of playing the game at that level, and that’s why Apple’s acquisition of Siri is aimed squarely at the search giant, not hardware vendors.

Google’s Android OS is the closest competitor Apple has in the mobile space, and the search giant has been quietly honing its speech recognition, translation and voice search technologies. Acquiring Siri is a way for Apple to step up to Google and offer the same or better services in an intuitive package. Pair that capability with iAds, Apple’s new mobile advertising network, and you have at least the potential for domination of another market potentially worth billions.

Years from now, I think we’ll look back at HP’s purchase of Palm as an expensive footnote. But we’ll be experiencing Siri’s functionality under the hood of our Apple products on a daily basis, and in ways that go beyond the “ooo, shiny” of new hardware.    Apple isn’t just staying one step ahead of the rest of the industry, they’re anticipating what we want before we know we want it, and that’s why they’ll still be leaders years from now.HP may be huge, but that doesn’t make them smart. 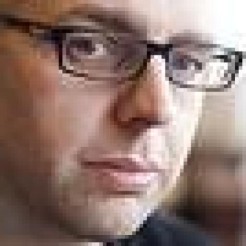