Swedish companies are leading the charge on autonomous vehicles

Gothenburg-based Volvo and Stockholm-based Autoliv are joining forces to speed up the development of autonomous vehicle technology. The two Swedish companies won’t be keeping this technology all to themselves, however, and will be selling it to any automaker that’s interested in purchasing it. That being said, Autoliv will be the one with exclusive rights to sell the technology, but it’s also not the only company that Volvo is collaborating with. The automaker is also working with Uber to develop autonomous vehicle technology

Sweden’s Volvo Car Corp. and Autoliv Inc. are joining forces in the increasingly frenetic race to develop autonomous-driving technology, creating a new venture to develop software for sale to the industry at large. Volvo, the China-owned luxury car maker, and Autoliv, a supplier of air bags and safety belts, said on Tuesday that the new company would start operations early next year to develop automated-driving and advanced driver-assistance systems for use by Volvo and other car makers. Autoliv would have exclusive rights to sell the technology. The new company, to be based in Gothenburg with an initial staff of 400, hopes to have its first driver-assistance systems ready for sale by 2019 and automated-driving technology by 2021, Volvo and Autoliv said. Auto maker Volvo has been busy forging deals in recent months as it places more emphasis on autonomous driving. Volvo recently announced a partnership with ride-hailing company Uber Technologies Inc. to jointly develop the next generation of autonomous cars. Earlier this year said it would launch autonomous-driving pilot projects in various cities including Pittsburgh and London and in China. Last week, Volvo said it would hire 400 engineers over the next 12 months to develop safety, autonomous driving and electrification technologies. 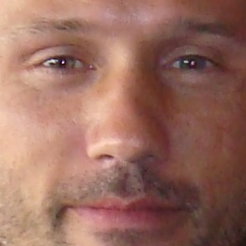 Carl is a gaming fanatic, forever stuck on Reddit and all-around lover of food.