Google and Huawei might be working on a new tablet

Google and Huawei might be joining forces once again. According to a tweet from Evan Blass, once of the most respected leakers in the mobile industry, Huawei will launch a 7-inch tablet with 4GB of RAM before the end of the year. There have been rumors that Huawei is working on a new Nexus device, but it was assumed that the device would be a successor to the Nexus 6P that was released last year. This new tablet might be the device that the rumors were referring to, or Huawei might be working on both a smartphone and a tablet. Either way, we’re sure to learn more in the months to come.

Google is preparing to launch quite a few new devices at some point in the coming weeks, including a couple of Nexus-like smartphones made by HTC that will have Pixel branding, an exciting first-gen Daydream VR headset, and a new 4K Chromecast according to a recent report. But it looks like Google hasn’t given up its tablet dreams yet. A fresh leak from a trustworthy source says that Google is about to bring to market a Huawei tablet that will probably not be included in the Nexus family. According to the well-informed Evan Blass, Google and Huawei partnered up for one more year, after launching the Nexus 6P phablet in 2015. A previous rumor did say that Huawei was working on new Nexus hardware, but that report suggested a Nexus 6P successor would be in the works. Blass says that the new device will be released “before the end of the year,” and says the device will have a 7-inch screen and 4GB of RAM. Other details aren’t available at this time. While the Pixel-branded smartphones that HTC is working on have been described in numerous reports, this Huawei tablet has been a well-kept secret. 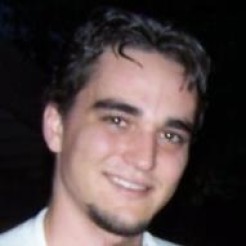