It may be the end of summer, but that isn’t stopping Apple from doing a bit of spring cleaning. Tomorrow, coinciding with the launch of the iPhone 7 and iPhone 7 Plus, the company will begin purging the App Store of apps that it considers to be deceptive or out-of-date, which could potentially be hundreds of thousands of apps. The apps will be put on death row, and their developers will be given thirty days to update them or else they’ll be permanently removed from the App Store. However, even if an app is deleted from the App Store, users who have already downloaded it will still be able to use it like they normally would.

Apple’s recently announced promise to clean up its App Store by removing old, outdated and non-compliant applications could see hundreds of thousands of apps getting booted from the mobile application marketplace, according to new data about the number of abandoned apps live on the storefront today. Apple, of course, didn’t specifically detail its criteria for kicking out older apps – saying only that apps that “no longer function as intended,” “follow current review guidelines,” or haven’t been supported with compatibility updates for “a long time,” could be removed. That latter item, however – “a long time” – is where there’s room for speculation on the impact this purge will have on the App Store. How long is long, after all? That’s unclear. Still, it’s fairly surprising how many apps have been released, but not maintained, when you dig into the numbers. Top, active app developers update their apps at least every month or two, if not more frequently. In fact, a report from last year found that the top iOS developers averaged 45 days in between updates on average. Smaller and indie developers may not have the resources to maintain quite as fast-paced a schedule. But it’s still reasonable to think that an actively maintained app would at least be updated annually, as a minimum, or when a new iOS operating system was released or new hardware arrives. Most apps aren’t, though. 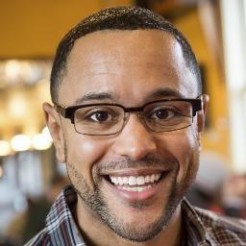