Chicago tried and failed to use big data to predict crimes

Have you ever seen the movie Minority Report? If you haven’t, all you need to know is that it’s about a special police unit that’s able to predict crimes, and is therefore able to arrest criminals before they actually commit those crimes. We don’t have anything close to the technology required to predict crimes, but theoretically, we can use big data to anticipate the probability of someone committing a crime or being a victim of crime, and have the police react accordingly. The Chicago Police Department tried to test out that theory back in 2013 and 2014, and the results are… not good.

Can technology be used to predict—and prevent—crime? In the case of Chicago’s recent attempt to prevent gun violence, the answer seems to be no. A new report put together by Jessica Saunders and colleagues at the RAND Corporation examines how the Chicago Police Department implemented a predictive policing pilot project in 2013 and 2014. The city used a computer model to examine data on people with arrest records and come up with a list of a few hundred individuals deemed at elevated risk of being shot (or committing a shooting—the two groups have a striking amount of overlap). The idea was that police would be able to use the list to reach out to people and try to help them out of high-risk situations. But the report, published in the Journal of Experimental Criminology, suggests two big problems with the program. First, the researchers found that in over two-thirds of cases, police throughout the city simply ignored the list (the formal name of which is the Strategic Subjects List, or SSL). They write: “Overall, the observations and interview respondents indicate there was no practical direction about what to do with individuals on the SSL, little executive or administrative attention paid to the pilot, and little to no follow-up with district commanders.” 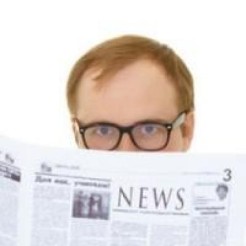