Google’s share of the search engine market is actually shrinking

Google may be developing self-driving cars, searching for the key to immortality, and trying to blanket the world in affordable Internet access, but at the end of the day, its still a web search company. About 90% of Google’s revenue comes from online advertising, a significant chunk of which is generated through paid search ads, so even a company as ambitious and expansive as Google needs to pay attention when its share of the search engine market starts shrinking.

For every moonshot Google (now known as Alphabet) launches — self-driving cars, Glass, Loon — search is still the bedrock of its business. Just under 90% of Google’s total revenues in 2014 came from advertising, of which the majority was generated by search ads. Overall, paid search represents $70 billion, or 48%, of the $145 billion global digital ad market, according to eMarketer. Google dominates the overall search landscape, with 63.8% of the US desktop search traffic in August 2015, according to comScore. Its next nearest competitor is Microsoft’s Bing, which has a 20.6% share. But search is facing a huge challenge. The paid search business was built on a desktop browser model. And consumers are increasingly shifting to mobile. On mobile, consumers say they just don’t search as much as they used to because they have apps that cater to their specific needs. They might still perform searches within those apps, but they’re not doing as many searches on traditional search engines (although Google, Bing, and so on do power some in-app search engines.) 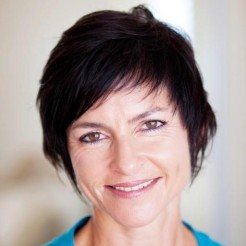 I'm a writer, an amateur designer, and a collector of trinkets that nobody else wants. You can find me on Noozeez, and Twitter.