Alphabet is the name of the company that now owns Google

Now here’s some news I definitely wasn’t expecting to read about today, or ever: Google is undergoing a complete corporate restructuring that will see it transformed into a subsidiary of a new company by the name of Alphabet. This new company is being led by Google co-founder and former CEO Larry Page while Sunder Pichai will take over Google as its new CEO. Alphabet is also the new parent company of Calico and Nest, two companies that were previously subsidiaries of Google.

Larry Page has a new job. The former Google CEO announced in a blog post Monday that he is now CEO of Alphabet, a new “collection of companies” that includes Google, Life Sciences and Calico. Sergey Brin, Page’s co-founder of Google, will become president of Alphabet and Eric Schmidt will be its executive chairman. Meanwhile, Sunder Pichai, Google’s former senior vice president of products, will be taking over as Google CEO. Bloomberg last year dubbed Pichai “the most powerful man in mobile.” Even as it’s folded into Alphabet, Google will retain its Search, Maps, Android, YouTube and ad businesses. Company representatives did not immediately respond to a request for comment from The Huffington Post. Investors should know that Alphabet Inc. will replace Google on the stock market, though Page wrote that “all shares of Google will automatically convert into the same number of shares of Alphabet, with all of the same rights.” The company will continue to trade on the Nasdaq under the labels GOOGL and GOOG. Google stock jumped about 5 percent in after-hours trading. 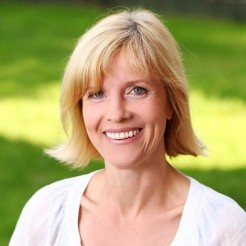