Innovating online is both a simple and difficult process.

Many companies have grand visions for how they’re going to disrupt their chosen industries, but ultimately fail due to poor execution.

Others start with a simple goal in mind, little funding, and yet end up becoming worth $1 billion or more. Here are a few examples of companies that have both grand visions, simple goals, and great execution.

For the majority of tech-savvy customers today, the idea of waiting and haggling for deals is completely outdated. We want the lowest of the low Amazon-like  prices, and we definitely don’t want to have to plan our day around shopping for a car.

A new company, NowCar, is looking to change that by offering a service that allows you to buy a new car online–no dealership required. To call it the Amazon of cars would be cliché, but making that association will help you better understand their mission.

The business world can’t stop talking about Slack. With an estimated 500,000 daily users and 135,000 paying customers, this simple group-messaging app turned an idea to simplify communication into a company valued at $1 billion. That’s a lot cooler than $1 million, right?

What appears to separate Slack from the seemingly hundreds of other enterprise-level messaging and organization apps, such as Flow and Trello, is that they value customer feedback above all else.

Before its release, they begged companies like Rdio to give the software a try to see if it could help their team. It started out being utilized by just a small group of developers, but is now being used by all 120 members of the company.

Through experiences in testing early on, Slack was able to refine how the app functions and scales from small to large teams. They took their time and by the time to the app officially launched, Slack’s staff was proud of the product, and the ever-growing, satisfied user base seems to believe that they should be.

Much like cars, eyeglasses come in all different shapes, sizes, and brands. You don’t have to haggle for the best deal, but more often than not you have to pay an extreme premium for quality.

On top of that, there aren’t a lot of options for purchasing designer eyewear online. You used to have to visit a store or buy low-cost frames from one of the larger online eyeglass retailers.

With the idea of doing it all themselves: designing, manufacturing, and selling, the founders cut the middleman out of the equation, allowing for higher margins and lower prices.

The most spectacular thing about Warby Parker, however, is their “Home Try-On” offer. Potential customers can pick up to five pairs of glasses and Warby Parker will ship them to you for free so you can test them out. The packaging is very high quality and really adds to the buying experience.

In June 2014, the company stated it sold over a million pairs of glasses.

Much like NowCar, they’ve taken something that was traditionally an in-person shopping experience and properly brought it to the digital world. 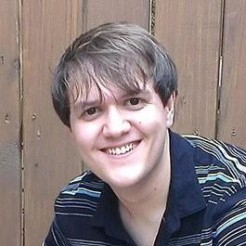 Mark Frost is a technology enthusiast who’s obsessed with consumer products, especially smartphones. He currently works as editor-in-chief of HackCollege, a life-hacking blog for college students.