Which Big Brother do you prefer?

The hot news item this week is that the National Security Agency is perusing millions of U.S. customer phone records at Verizon Communications and has been snooping on the digital communications stored by nine major Internet services under what is known as its PRISM Program. It reminds us how aggressively personal data is being collected and analyzed in a variety of different data banks.

Does this mean that Government is turning Into ‘Big Brother’.

Big Brother was the dictator of Oceania in George Orwell’s novel Nineteen Eighty-Four.  This was a a totalitarian state taken to its utmost logical consequence. Everyone is under complete surveillance by the authorities, mainly by telescreens. The people are constantly reminded of this by the phrase “Big Brother is watching you”. The term “Big Brother” is now a synonym for abuse of government power, particularly in respect to civil liberties, often specifically related to mass surveillance. That is certainly a Big Brother to be avoided.

Is your government now Big Brother

We are now hearing that U.S and British intelligence has been mining data from nine U.S. Internet companies in broad secret program.

In a sign of the NSA’s determination to vacuum up as much data as possible, the agency has built a data center in Bluffdale, Utah that is five times larger than the U.S. Capitol – all to sift through Big Data. The massive center has fed perceptions that some factions of the U.S. government are determined to build a database of all phone calls, Internet searches and emails under the guise of national security.

The key puzzle is how the NSA is accessing your data on Google, Facebook and who knows where else.  Key Silicon Valley executives insist they did not know of this secret PRISM program and flatly deny allowing NSA direct access to their servers. In particular, Google CEO Page and Facebook’s Zuckerberg deny giving access to NSA program. This is all extremely perturbing despite the assurances that governments operate within a set of laws that protect the rights of the individual. We are assured that the NSA differs from a commercial enterprise in the sense that there are checks in the judicial system and in Congress. If you believe in the way the US government is supposed to work, then you should have some faith that those checks are meaningful. If you are skeptical about government, then you probably don’t think that kind of oversight means anything.

In all of this discussion what seems to have been overlooked is that there is another entity that could be Big Brother. We are referring here to the Google search engine. That simple expression covers a huge amount of hardware and software and by now some incredibly large databases. If you are looking for Big Data then that is where you will find it. Just like those telescreens in the fictional Oceania, Google can be aware of every action you take on the Internet, where you visit and what you see.

Google has displayed with pride its Knowledge Graph.  This is a map of real-world people, places and things. This allows millions of people across the world to easily tap into the entire world’s knowledge and find what they need to make their lives better, or just have their day run a little smoother. The Google engineers believe that it will change how we all experience life. That may be the Google view but it does raise the fear that Google may know too much about us.

Whether we see the government or Google as Big Brother and something to be avoided, what can you do? The unfortunate fact is that if you wish to lead a relatively normal life then you probably cannot escape those ever present eyes of one of these Big Brothers. The only way to avoid them is to head out into the hills and live an extremely simple life far away from the Internet. For most people, that is not a viable option. 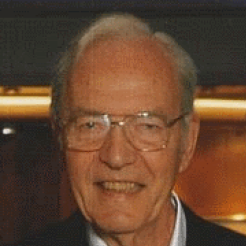 Barry Welford writes for Next Day Flyers and is a frequent blogger on business performance and Internet Marketing.