Social media is the leader in disaster response

What is the first thing that pops into your mind during or after a disaster? Well during the course of each and every year 800,000 people are affected by these disasters and some people don’t know where to turn to for help. When phone lines are damaged and electricity delivery is interrupted, where should the people turn for help? Did you ever think of using a social network for help? Well, in this tech savvy world, social media is becoming the leading form of contact during an emergency.

The quick and efficient way to look for help is to turn towards the Internet. It’s important to check social media marketing sites if you have questions about what’s happening. It’s also the best way to comb for news during a time of crisis. According to the infographic created by the University of San Francisco, 76 percent of people used social media sites to connect with a loved one to determine if they are safe after a disaster. Twenty-five percent of people during this time of crisis engaged in downloadable disaster apps to check the changing news and information.

The booming social media scene is very beneficial whether you’re in the disaster or you’re trying to help others who were affected by a crisis. For example, during the horrific Haiti earthquake, there were 2.3 million tweets saying either Haiti, or Red Cross. Out of these tweets, 189,024 contained the number “90999.” If you texted that number, it sent $10 to the Red Cross relief funds for Haiti. Social networks helped to save countless lives in Haiti.

It is very clear that social media is becoming one of the leading ways of contacting people and it shows it here that social media can come up clutch in key situations such as during disasters. This form of communication is quickly replacing the original disaster response which was calling 911. “From raising money to locating survivors, it’s clear that’s social media is quickly becoming the most efficient outlet for managing disaster response.”  So as the days go on, always remember that if you’re ever stuck in a disaster or trying to reach a loved one, you’re only a click away from reaching them through social media. 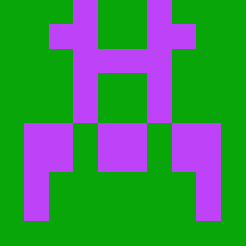 Greg Menz an intern at Fishbat Inc. a social media agency. I am currently a student at St. Josephs College Long Island Campus and am graduating in the spring of 2014. Some activities i engage in here at fishbat are a lot of social media research and outreach for various clients.