“The Man” vs. machine

Getting a ticket for speeding is a fear that most drivers face every day. For 16 percent of drivers this year, that fear will become a reality. Of those, only 5 percent of people will not contest their ticket, costing them an average of 150 dollars.

While many drivers get pulled over for speeding, others have learned to avoid the police officer’s radar gun with a device of his or her own — The radar detector.

A radar gun uses radio waves to detect the distance and speed of objects based on the doppler effect. A radar detector is able to detect these waves before they catch the speeding car.

A radar jammer is something different from a detecter. Instead of alerting the driver to a speed gun, it creates a jamming signal that causes a confusing echo signal.

The use of a radar jammer is illegal and could lead to felony charges, fines, or jail time. Detectors are illegal in Virginia and Washington D.C. and on all military bases. They are generally illegal in all non-commercial vehicles under the Communications Act of 1934.

In this infographic, topcriminaljusticedegrees.org looks at different kinds of speed detectors as well as how they can be avoided or manipulated. 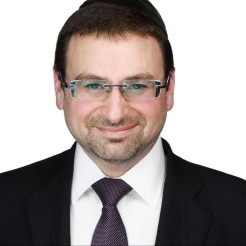 Brian Wallace is the President of NowSourcing, Inc., a premier social media firm specializing in infographic design, development, and content marketing promotion. The company is based in Louisville, KY, and works with companies that range from small businesses to Fortune 500.