“Damn you, Facebook. I don’t like you but everyone I know is on it. If I want to see pictures of little Timmy sliding into third base or hear what’s happening with my ex-, I’ll have to keep playing your game.”

Similar thoughts run through the minds of millions of people all the time. People complain. They say that Facebook is bad. Then, they go right back to it to see the latest gossip, pictures, or cat videos. The social network has reached a tipping point that keeps us coming back.

In a recent study by WebPageFX, 61% of respondents said that they do not trust Facebook at all versus only 2% who said they trust Facebook completely. Yet, here we are checking our feed on a daily basis. What’s wrong with this picture? Perhaps it stems from another interesting statistic, that 66% of adult users do not know that privacy controls even exist. They do, but apparently people aren’t using them.

Here’s the infographic detailing the study. It’s interesting to note that even though people consider privacy to be more important now than in the recent past, they still aren’t doing much about it. Perhaps that’s why there still isn’t very much opposition to CISPA. People just don’t know what’s at stake, perhaps. 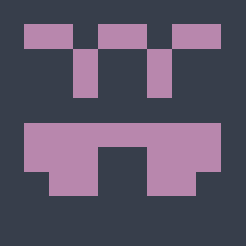