If you haven’t been paying attention to America’s favorite sugary beverage, Coca-Cola has come out with its first all-digital marketing campaign, aimed at its teenaged consumers. It consists of games and apps geared toward mobile devices like smartphones and tablets (though desktop users can still access the content).

Coke’s vision for this strategy – titled “The AHH Effect” – is that it will stick as a long-term marketing plan for years to come. It’s pretty rare these days to spot a teenager in the wild who isn’t typing away or playing games on their smartphone. And they’re even more likely to be using digital media at home. Teens are the key demographic for Coke, which is why digital is the way to go for their marketing strategy.

Coke took a poll from groups of teens to find out what exactly would keep them interested in interacting with the brand. The company is also utilizing social media platforms like Facebook and Twitter and telling teens to submit their own ideas for “The AHH Effect.” The 25 best submissions (determined by Coke) will be incorporated into the marketing campaign and rolled out for all the public to see.

As someone who works at an Internet marketing company, it’s shocking to me that this is the first marketing plan for Coke that is all-digital. Where have they been? On their Facebook page, they have over 63 million fans. Since the huge majority of their audience is in the ‘always-on’ demographic, you’d think think Coke would have already been more active in seizing the opportunity to hone in on the digital marketing sector in a big way.

I guess we can say it was better late than never in terms of Coke bringing out “The AHH Effect.” Coke took a huge step in the right direction by engaging teens and asking for their feedback as well as welcoming them to submit what features they would add on. They’re building a marketing relationship that teens can view as genuine brand interaction. 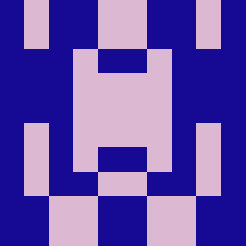 Mike Sherman is a Digital Strategist at fishbat, an online marketing firm. He blogs in his free time, mostly about his obsession with sports. He is suing the New York Jets for pain and suffering they have caused him from being a fan for 24 years and for stealing his heart and not returning it. He still can't live without them.