You should watch this now! Why Netflix should have a sharing option

So there was this awesome movie on Netflix starring Martin Sheen called The Way. The film begins with the death of Sheen’s son, played by Emilio Estevez (not much of a coincidence since Estevez wrote, produced and directed the film), while trekking the Camino de Santiago Pilgrimage. Sheen then decides to walk the pilgrimage in his son’s stead, spreading his ashes along the way. This was an excellent film of father/son relationships, rediscovery and redemption that I would recommend to everyone. After the movie ended, I thought to myself; why doesn’t Netflix have a social sharing platform?

Netflix has 23 million subscribers and 2 billion hours’ worth of streaming. Imagine the amazing capabilities of sharing your favorite films with other film or television buffs. I could always blog about this (duh) or even post on a social media site but just like anything else, I want access to it right now. With all the sharing platforms out there, it is a wonder why Netflix has not moved towards this feature and encourage other Netflix users to promote the Netflix brand. We share pictures of cats with each other. Why are we not sharing Platoon or Clue or Phineas and Ferb?

With that said, I propose a strategic proposition:  YouTube will buy Netflix.

It only makes sense. I am a huge fan of Facebook and Mr. Z but YouTube is the largest video sharing platform. Ever.

Google acquired YouTube so you would see the sharing feature on Google+ which I am not a fan of but when it comes to instant gratification, beggars can’t be choosers. How could Facebook battle Google+ in the video sharing arena? One could predict that Facebook will acquire an up and coming video platform. Others would predict that Facebook would create a video platform (maybe call it streemnTV to implicate a feeling of being hip? Just saying).

Netflix is available on all devices, from your household television, to your Xbox, to your tablet which might sway a social media platform’s decision to purchase the streaming site towards pro. I don’t see the con here at all.

There is no sale in the woodworks as of yet but my gut tells me that with more and more people using sites like Facebook and Twitter, social media marketing firms should jump on this asap (I hope you see this Mark Zuckerberg!). 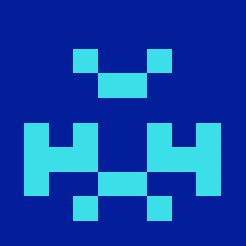 Jim Vacey is the Assistant Marketing Director for Bay Street Theatre in Sag Harbor NY. Jim is a graduate from Dowling College with a BA in English and History and looks to pursue an MBA in Creative Writing. Jim is now the proud father of his first child, Harley Quinn Vacey.