Picasa gets unlimited storage for photos thanks to Google Plus

Picasa had been retired now and Google Photos is in its place.

In the wake of the Google Plus launch, Google’s online photo-sharing service Picasa has received a mild overhaul, including improved tagging and unlimited storage for photos and video. The update looks to be another blow to Yahoo’s Flickr, one of Picasa’s main rivals.

Users uploading content through Google Plus will automatically be added to Picasa. However, those same uploads will not count toward the service’s storage limits. Exceptions include videos lasting longer than 15 minutes or photos beyond 2048 x 2048 pixels. Larger photos can still be uploaded directly to Picasa, but doing so will count toward the 1 GB of free storage.

Google Plus’ Instant Upload promises to simplify uploading photos from mobile devices. The unlimited storage update to Picasa will no doubt help encourage users to upload photos as well, in lieu of leaving them on their mobile phones. With Instant Upload, Google Plus adds photos to a private album in the cloud so that they’re always available across multiple devices and ready to share.

Other Google Plus and Picasa integrations include photo tagging. Anyone on Google Plus’s extended network can tag people in your public photos. If you’ve been tagged by someone in your Circles, the tag is automatically approved. Tags will be displayed on both the photos homepage in Google Plus as well as the Photos tab on your Google profile. 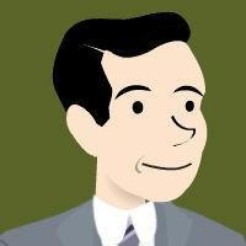