1000 Core “Proof of Concept” By Intel Stirs The Imagination

It’s a thing that the imagination can hardly conceive and the most avid gamer could only wish for. Intel has brought us a step closer to having the unicorn-like 1,000-core processor with a “proof of concept” that can perform nearly 20X faster than “modern computers.”

A team of scientists lead by Dr. Wim Vanderbauwhede have used Field Programmable Gate Arrays (FPGA) technology to create the processor. Intel has been playing around with the super-processor concept for a few years now and shipped samples of its 48-core processor earlier this year.

Intel’s Terascale Computing Research Program is working through the issues of scaling processors at this level. Last month, engineer Timothy Mattson made some waves in the tech world when he said that 1000 cores was not only possible but really only faced a handful of roadblocks.

Mattson laid out those challenges when he asked, “The challenge this presents to those of us in parallel computing at Intel is, if our fabs could build a 1,000-core chip, do we have an architecture in hand that could scale that far? And if built, could that chip be effectively programmed?”

The possibilities are apparently endless, but that isn’t stopping speculation as the tech world buzzes and attempts to grasp what this really means for computing. 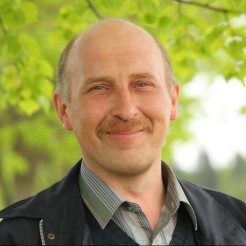 Connor Livingston is a tech blogger who will be launching his own site soon, Lythyum. He lives in Oceanside, California, and has never surfed in his life. Find him on Twitter, Facebook, and Pinterest.