When Steve Jobs recently made an appearance on Apple’s earnings call, he – to put it mildly – caused quite a stir. He said 7″ tablets like RIM’s Playbook and the Samsung Galaxy Tab will be DOA. He argued that the fragmented nature of Android is “a nightmare”.

Put in a more straightforward fashion, he smacked a lot of people down.

Yet, many rushed to smack him in return. RIM CEO Jim Balsillie suggested that people will soon tire of Apple telling them what to think. A Tweetdeck developer, whom Jobs referenced when talking about Android’s fragmentation, responded with bewilderment, saying that they have two developers working on their Android app and that it was fine. And good on them all. Jobs’ comments were, if nothing else, pretty arrogant.

But Jobs’ incendiary statements were also evidence of how the man thinks: my way may not be for everyone, but it’s the best way. And with Apple reporting an incredible $20 billion of revenue, it seems many agree.

So why is that that Steve Jobs and Apple in general command so much attention? And more to the point, why does this Apple “reality distortion field exist”?

What Is The Distortion Field?

Obviously, the Apple Reality Distortion field is not a real thing. But it is a useful term to describe a couple of interesting phenomena that surround Apple products:

So this is something we tech nerds know. But why does this happen?

Apple Has Become a Symbol

Nerds on the web (like us) often look at products in terms sheer functionality. I know I for one was pretty amazed when, on my Android phone, I could directly upload photos to Dropbox or simply install a new media player because I didn’t like the stock one. You can’t do this with Apple products, we claim.

But when people use examples like that as an example of why Apple ‘ain’t all that great’, what they miss is that Apple is not simply a tech company, but a cultural symbol. It isn’t necessarily about ‘sheeple’ or Apple’s marketing successes as much as much as it is that Apple, the media and the public have positioned Apple as a sign of the cultural importance and potential of technology.

How Apple Got There

So how is it that Apple became this symbol? Well first, it is not the only one. Google are there too, as are RIM, Sony and, even though people don’t realize it, Microsoft too.

The point is that Apple’s grand sweeping statements (“we think this is the future of everything!”) connect with people quite easily. And because its products impact culture and not just tech – in things like the mobile web, the iPod, or the iPad – Apple can say what it wants because they are the ones setting the tone of the discussion. It is Apple who is showing everyone, rather than tech geeks, what technology is capable of and how it makes your life better.

What’s more, love them or hate them, Apple has innovated in creative, exciting ways. Whether touch-screens, iTunes, the App Store, the Macbook Air or the iPad, Apple is doing things before others. That’s key. It means that Steve Jobs can be an arrogant jerk because he can actually back it up.

So sure, the ‘reality distortion field’ can be annoying. Sometimes Apple will claim slightly crazy things – like open is bad, or that Android is terrible. Sometimes people forget that other companies are doing things that are just as exciting and innovative. But without understanding the reason for it – that Apple has become our culture’s symbol for how technology is supposed to work – it will never change, and we’ll be in Steve’s thrall for as long as he’s around. 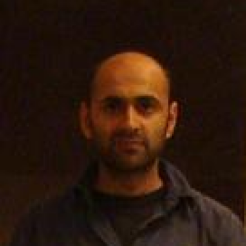