When Google founders, Larry Page and Sergey Brin, wanted to do something creative with their logo back in 1999 to signify their attendance at the Burning Man Festival in the Nevada Desert, things were simple for the Google logo; just a stick figure stuck in the middle of the second ‘o’. Since that seemingly spontaneous burst of creativity, changes in the look of the logo have become as regular as Pink’s hair color changes.

While the story of the “Google Guys” and their nerdy acknowledgment of their Burning Man attendance may be what originally sowed the seeds to the doodle concept, it is only a prelude to the yarn; the real story starts with Dennis Hwang.

The founders approached Dennis Hwang, now the current Webmaster for Google, while he was only an intern to design the Google logo in a way that celebrated Bastille Day. The Larry and Sergey were so impressed with Hwang’s doodle that they appointed him Google’s Chief Doodler. Once popularity and demand grew for these doodles, the responsibility of merging corporate logos and national holidays has been expanded to a team of designers with Hwang still at the helm.

These doodles have now become regular occurrence on the search engines’ page, celebrating events all over the world. So let’s pay tribute to the clever and creative work done by Hwang and his team by giving a Techi-style shout out to all the tech themed doodles that have graced Google’s homepage over the past 10 years; a history lesson through Google logos, if you will.

In honor of the 30 year anniversary of the game release, Google’s logo was converted into a fully playable version of the game. Just for the record, it was as addicting as ever.

A day to celebrate the mathematical term and give everyone an excuse to eat monstrous amounts of pie.

This one is pretty self-explanatory; Bernard Silver and Norman Joseph Woodland invented the bar code on this day.

Arguably one of the most recognized and widespread games out there, this doodle was made to offer respect to the game that changed gaming almost 26 years ago.

The radio, a precursor to the Internet in a way, was invented this day allowing broadcasts to reach a distance of six miles (a distance our parents/grandparents walked uphill both ways daily to get to school).

After being late for his wife’s funeral, Morse made it his mission to find a way to make long-range communication possible. And in May 1837 the telegraph was born alongside, three years later, Morse code.

Particle accelerators are cool. Spinning atoms around the room with the intent of making molecules synthetically, and allowing Tony Stark (Iron Man) to make a new metal for his… Chest-thingy. To explain what this is and does will take 1000 more words, so here is a link. Educate yourself on the awesomeness.

50 years of NASA and their space exploration campaigns were celebrated on this day.

On this day in 1960, Theodore Maiman demonstrated the first functional laser at Hughes Research Laboratories, capable of producing short pulses.

These computers were made in Japan from 1950 through the early 1960s, using a Parametron (a logic circuit) rather than a transistor.

The manned lunar mission landed (or didn’t land according to conspiracy theorists) this day in 1969.

SpaceShipOne, the non-governmental reusable manned spacecraft, took home the Ansari X Prize this day in 2004 (Google was right on top of this one).

Spirit, the Mars Explorations Rover, lands on Mars this day after its five day travel time to the red planet.

The Wright Brothers took off this day in 1903, paving the way for jumbo jets and, a daredevil favorite, wingsuits.

Whether we really understand DNA is debatable, but Francis Crick and James D. Watson published the first of many papers describing the double helix structure on this day in 1953. 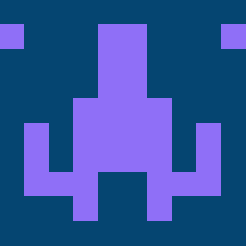