“Doing It All” Is The New DRM

Digital Rights Management (DRM) is a flawed concept, but content publishers are clinging to it as a means of maintaining control.

Is it possible to maintain control of digital media in the internet age, and is the recent trend towards Software-as-a-Service just a new kind of DRM?

Digital Rights Management and its proponents are fighting a constant battle to combat an obvious truth in digital technology: if you can see it or hear it, you can duplicate it in perfect quality. This simple fact hasn’t prevented companies from experimenting, sometimes with very public and almost farcical results.
Make no mistake, there are satisfied customers, but many that I have spoken to are only satisfied because they are blissfully unaware that the file they purchased comes with a ticking time bomb inside. There are many more dissatisfied customers, who either can’t view or listen to the file the way they intended or receive an error message accusing them of theft, asking them to lay on the floor with their hands behind their back in preparation for the authorities about to break down their front door.

Edgar Bronfman, CEO of the Warner Music Group, famously admitted that the recording industry’s knee-jerk reaction to piracy was foolish and misguided. Speaking in 2007, Bronfman confessed that the music industry had taken the wrong path. “We used to fool ourselves… We used to think our content was perfect just exactly as it was. We expected our business would remain blissfully unaffected even as the world of interactivity, constant connection and file sharing was exploding”. The record industry sticking their fingers in their ears and closing their eyes while shaking their head and repeating over and over that there is no internet is what has led us to the current situation regarding DRM.

Of all the various attempts to turn old business models web-friendly, the only one with any real success has been the model which provides an end-to-end service at a fixed cost or ongoing subscription. Google Apps is a great example of the “Doing It All” approach. You can copy, duplicate and pirate the Microsoft Office suite of applications.

Even if you’re technically incompetent you can grab a copy off the shelf at Best Buy and make a dash for the door, but each and every person signed up to Google Apps is known to Google by at least their username, if not their full browsing history and every email they’ve ever sent or received in the last three years. Google has achieved this by “Doing It All”, creating a product that from the time you sign up to the moment you log off, Google is handling every aspect of the experience. “Doing It All” is a major win for web apps as far as providers are concerned, but it’s not just Software As A Service that benefits from this model.

Apple’s Doing It All Too

In fact, Apple might be the inventor of “Doing It All”. When the iPod was first released in 2001 it was an addition to what Apple called the “digital hub”. By providing the computer, the software, the device and the iTunes Music Store, Apple has a “closed loop” within which people can survive entirely independent of any other company, save for their internet service provider. Ironically, it is entirely possible to use Apple’s computers, software and portable devices without ever purchasing a song or movie from the iTMS.

I personally have never purchased anything from the store, preferring to rip CD’s from my own collection, but Apple’s idea of Doing It All is more about convenience than denying customers a range of options. Apple has spoken out against DRM previously, even going so far as to write an open letter to the recording industry in early 2007. Cynics accused Apple of using it’s pedestal to attack the record industry or strengthen its negotiating position, but as the almost monopolistic public face of legal music on the web it’s clear that Apple was exasperated by the tired ideals of the old guard.

Apple’s approach might be sneaky, but to me this embodies the spirit behind Doing It All. Providers create an end-to-end service that meets client needs wholly and completely, customers can either opt-in or opt-out, but they cannot simply take from the pot. In many cases the primary benefit to Doing It All is a low cost for all those who do opt-in; Last.fm is a paid subscription service outside the US, but at €3.00 per month who could complain?

The Ultimate In Doing It All

Perhaps the most perfect example of Doing It All is Apple’s iPhone and iPad devices. Cell phones were always awful devices, but Apple’s revolution isn’t to blow these devices wide open, far from it. The iPhone is a perfect closed loop, with no unauthorized access to the device, the App Store or the data shared with the computer. Despite the iron grip Apple maintains on the entire ecosystem, the iPhone and the App Store have blown away the competition, all of whom are betting big on more open systems. Both Palm and Google are hoping that their open app stores will be a haven for developers and consumers who are fed up of Apple’s tyranny.

It’s Not All Good News

So Doing It All is good for providers and, done right, good for customers. There are, however, exceptions that prove the rule and explain why some, particularly those with a stronger understanding of technology, are railing against systems that are Doing It All. A colleague of mine once told me about a client who had been purchasing songs from the iTunes Music Store and was looking to buy a high end music server. He chose the top of the range system available from Bang and Olufsen at the time, had it professionally installed in his home and only upon trying to play his music did he discover that the only proprietary music format supported was WMA. It’s tempting to file this under “buyer beware”, but it feels somehow more unjust. The client had not only paid like he was supposed to, but was willing to pay a premium, and the system failed him.

Putting DRM in your product is like including free dentist vouchers. DRM ensures a negative experience at some point either during or after the transaction. Doing It All assures the same level of control, but actually provides something of value to the end user in the form of a greater level of simplicity or ease or use, lower cost or a better experience. The segment of the market who only respect totally open technologies are not the target audience of the iPad, but they also wouldn’t purchase media that uses DRM protection. The enemy of DRM isn’t openness, it’s value, and if the value is there then your product will. 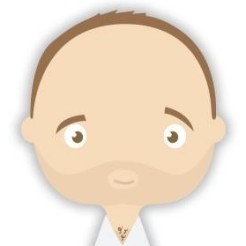