“Heavy Rain” is Neither a Video Game, Nor a Cheesy Crime Film. Why Can’t We Have Both?

Every now and then the question of whether video games should qualify as art or not comes to the fore. A few years ago Roger Ebert famously concluded in his book “Answer Man” that games cannot be art because there is choice involved. Why anybody would want to know what an old man with bad taste in film thinks about video games is beyond me, but there you have it.

Since then many have pointed out inconsistencies in his characterization of things, chiefly, that he used plays of all things as one of his main examples, and plays are all about choice: who is going to play the characters, what is the set going to look like, how will the lines be delivered and with how much silence between them? The list of choices involved in a rendition of a play go on and on. So we can safely consign his comments to the rubbish bin where they belong.

A more interesting question though, is how much should video games strive to contain narrative–where is the balance between fun gameplay and the depth offered by films and literature? David Cage, the director of a new game called “Heavy Rain,” decided to head for the extreme storytelling side of things, gameplay be damned. This week he told The Guardian that Heavy Rain is not even a video game anymore.

It’s not like David Cage is the first video game designer to try something like this. A lot of games had deeply immersive storylines.  The Silent Hill series comes immediately to mind, and they may be more than comparable because in most of those titles the gameplay mechanics were so broken that they probably could have gotten away without really having them. Bioshock, Half Life 1 and 2, the Thief games, Metal Gear and others were also no slouches in the storytelling category either, but they were also excellent as games.

Heavy Rain is the most high-profile attempts in recent years to put the story first, though. It is the entirety of their marketing message, and indeed the trailers look more like an animated film than a video game. It could be said that they are getting undue attention to their storyline, which is likely no better than any of the others listed above if one can take the comment chatter at various game websites as evidence, and contained in a game which has intentionally shorn the parts where you get to play. Or perhaps failed in their implementation and then decided they didn’t need them.

I’m not saying you shouldn’t buy the game. The screenshots alone should tell you that it’s amazing, even if you don’t have as much control as you get from other games. I’m just wondering why we can’t have deeply moving stories that are also deeply awesome games.

According to the creator of the game, speaking with The Guardian, the commercial success of the project shows that gamers are “eager for something new, ready for more sophistication than most games have to offer.”

For many people there is no question that stories are going to be put to the forefront more and more in big title video games–the question is: when are they going to start being good? Dragon Age by Bioware was one of the most successful titles of last year and featured, among other things, various side characters that you (as the player) could talk to and even develop sexual relationships with. (It also was certainly a game, and a challenging one at that). There was a good deal of cheesiness involved, but it’s getting harder and harder to find big title Hollywood films that aren’t cheesy, isn’t it?

Directors don’t usually write their own scripts (although there are some notable exceptions). Video game companies hire writers, of course, but from the vast majority of dialogue and plot in video games you can tell that these writers do their work for video games only. Why has nobody thought of taking on a project with writers that have established themselves solidly in other media like television series?

What we need is a company like Bioware or Valve to partner with the kind of writing team that produces series like The Sopranos and Mad Men. When we see a project like that, there won’t be any debates anymore. People will be asking, “Why the hell didn’t we do this before?”

Roger Ebert, too, if he’s still alive, will finally have to concede that he doesn’t know what he’s talking about. 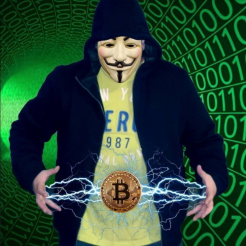